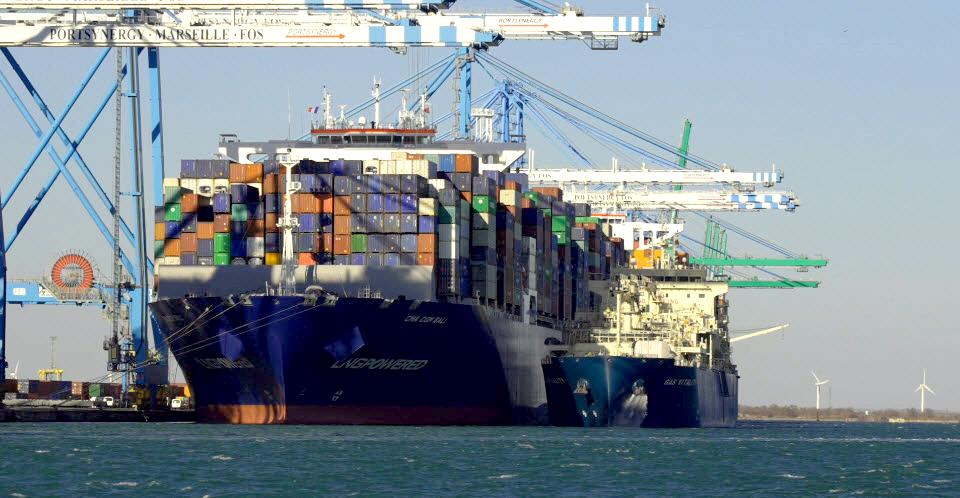 CMA CGM BALI, a 15,000 TEU1 LNG-powered containership is deployed on the MEX 1 service, connecting Asia and South Europe. She has been refuelled by TotalEnergies’ Gas Vitality, the first LNG bunker vessel based in France, with around 6,000m3 of LNG, by means of a ship-to-ship transfer alongside the Eurofos container terminal, while the containership carried out cargo operations simultaneously. The Gas Vitality is TotalEnergies' second chartered LNG bunker vessel and owned by Mitsui O.S.K. Lines, Ltd (MOL).

This entire operation underlines a solid collaborative teamwork across the French maritime industry including the involvement of local port authorities to enable the vessels’ safe operatorship, and the commitments of all the parties to support the growing role of LNG in the shipping’s energy transition.

“TotalEnergies is delighted to successfully complete Marseille’s first LNG bunkering operation of a containership via the Gas Vitality. Her deployment underscores the Company’s commitment to support the French port’s ambition to be an LNG bunkering hub for the Mediterranean region,” said Jérôme Leprince-Ringuet, Vice-President Marine Fuels at TotalEnergies. “This landmark operation also demonstrates our continued support to the growing role of LNG in shipping’s energy transition. In line with TotalEnergies’ climate ambition, we will continue to work hand-in-hand with our industry partners to develop and scale up new, lower-carbon and ultimately, zero-carbon fuel solutions for shipping.”

TotalEnergies has actively invested in LNG infrastructure, critical to support its shipping customers’ uptake of LNG as a marine fuel.

Since November 2020, TotalEnergies has been operating the 18,600-m³ Gas Agility at the Port of Rotterdam and completed the first LNG bunkering operation of the CMA CGM JACQUES SAADE, the largest dual-fuel LNG-powered containership in the world. Together with the Company’s second-chartered LNG bunker vessel, the Gas Vitality, both vessels demonstrate its commitment to make LNG bunkering capabilities readily available in key European hubs. In 2022, TotalEnergies will also commence operations of a third LNG bunker vessel to serve Singapore, where the Company has been awarded a LNG bunker supplier license for a five-year term starting January 1st, 2022.

TotalEnergies, Second Largest Global LNG Player
TotalEnergies is the world's second largest publicly traded LNG player, with a global portfolio of nearly 50 Mt/y by 2025 and a global market share of around 10%. Thanks to its interests in liquefaction plants in Angola, Australia, Egypt, the United Arab Emirates, the United States, Nigeria, Norway, Oman, Russia and Qatar, the company markets LNG on all world markets. TotalEnergies also benefits from strong and diversified positions throughout the LNG value chain, including gas production, LNG transportation, LNG trading, and some recent development in the LNG industry for maritime transport.

About TotalEnergies
TotalEnergies is a global multi-energy company that produces and markets energies: oil and biofuels, natural gas and green gases, renewables and electricity. Our 105,000 employees are committed to energy that is ever more affordable, cleaner, more reliable and accessible to as many people as possible. Active in more than 130 countries, TotalEnergies puts sustainable development in all its dimensions at the heart of its projects and operations to contribute to the well-being of people.

Cautionary Note
This press release, from which no legal consequences may be drawn, is for information purposes only. The entities in which TotalEnergies SE directly or indirectly owns investments are separate legal entities. TotalEnergies SE has no liability for their acts or omissions. The terms “Company” or “TotalEnergies company” refer collectively to the company TotalEnergies SE and the companies it controls directly or indirectly. Such terms are used solely for the sake of convenience for purposes of the present communication. Likewise, the words “we”, “us” and “our” may also be used to refer to subsidiaries in general or to those who work for them. This document may contain forward-looking information and statements that are based on a number of economic data and assumptions made in a given economic, competitive and regulatory environment. They may prove to be inaccurate in the future and are subject to a number of risk factors. Neither TotalEnergies SE nor any of its subsidiaries assumes any obligation to update publicly any forward-looking information or statement, objectives or trends contained in this document whether as a result of new information, future events or otherwise.